The Truth of Becoming 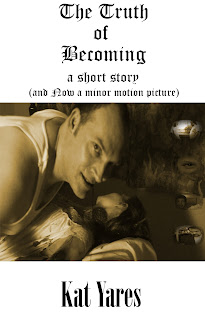 On Wednesday, better half and I received the news that our short movie, The Truth of Becoming had been accepted into the Offshoot Film Festival in Fayetteville, AR as an official selection for screening.  That was big news - at least to us.

The movie version was based on a short story I had written several years ago by the same name.  Published twice in print - it was always one of my favorites.

So, in honor of the stories new life - I have released the original short story (in all its glory) for the Kindle.  At only 99cents, it is a bargain.

So take a look - grab a copy and enjoy.

Never know, one day soon you too, may see the minor motion picture on the big screen.